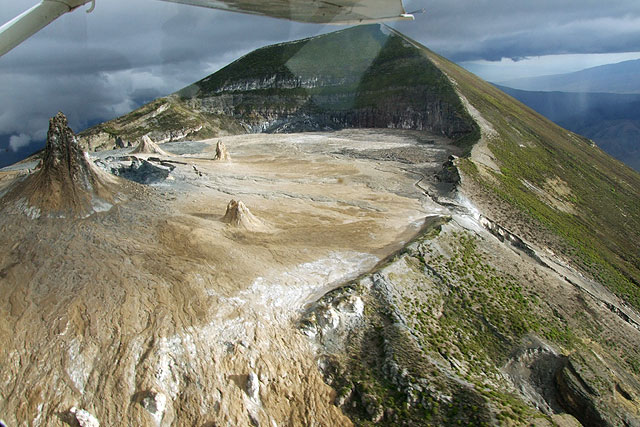 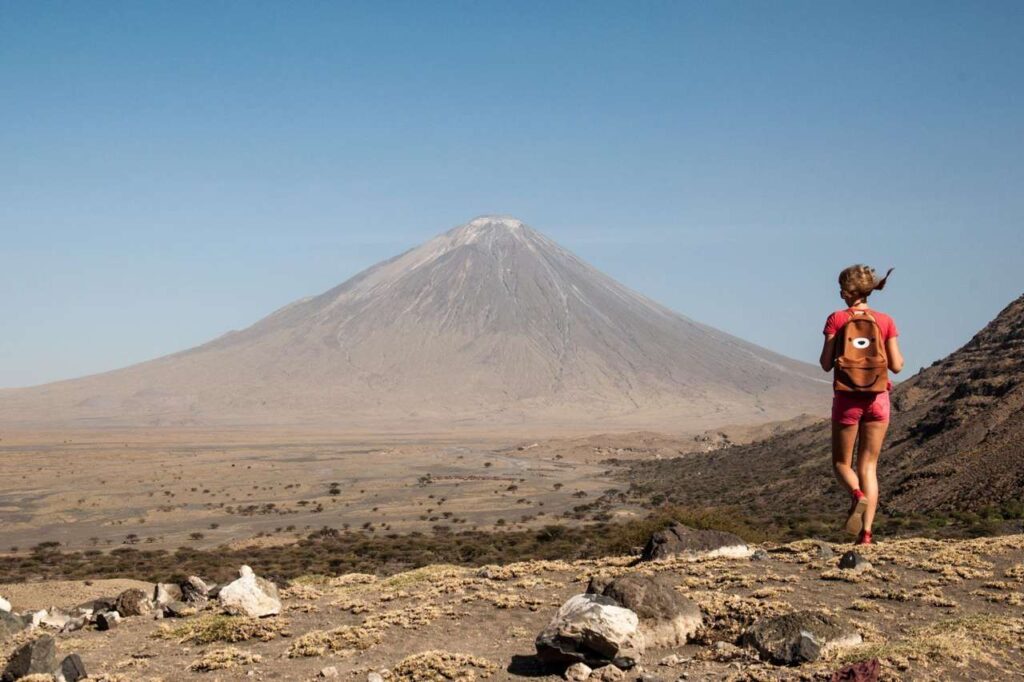 Mountain Lenkai (normally known as “Ol’doinyo Lengai”) rises about 2,100 meters above the East African Rift Valley floor to a height approximately 2,880 m. The name Ol’doinyo Lenkai which means “Mountain of God” originates from the Maa language (the Maasai’s language) from Ngorongoro area. The Maasai people conduct prayers to God “Enkai” or “Engai” whom the Maasai believe is the Creator of all things on this active volcanic mountain.

Ol’doinyo Lenkai is the only active volcanic mountain in the East African Rift Valley Region which attracts many geologists from all over the world who come for research. Scientifically, carbonated lava is dark brown upon extrusion, but reacts very rapidly and turns into moisture to hydrate, then to secondary alteration minerals that impart a white colour to the rock. The Maasai believe that the “white rock” symbolizes the white beards of “Enkai”.

Many tourists visit and climb this mountain which is located in Northern Tanzania every year. One should not underestimate this 9,442 feet high mountain, as it needs much determination to climb because of the steep walking. However, climbing Ol’doinyo Lenkai doesn’t require technical skills to get to the peak. At the summit, the small cones formed by lava can be seen on the crater rim. Despite the fact that Ol’doinyo Lenkai’s volcano erupts frequently there are no records of injuries or deaths. Geologists tell that Ol’doinyo Lenka’s lava is not as hot as other volcanoes lava recorded in the world. It takes three days to the summit of Ol’doinyo Lenkai.

After a climb to Lenkai, the company advices tourists to spend sometime and take a tour around Lake Natron. Lake Natron is the largest lake in East Africa which accommodates numerous flamingos and other birdlife.

Zebras, elephants, giraffes, can be viewed on the walking safari from Ngare-Sero, Engaruka to Loliondo accompanied by armed rangers

Drive to Mto Wa Mbu and enter the Great Rift Valley, passing via Engaruka basin and into a semi-desert area hot wild and dusty with extinct volcanoes, Kitumbaine and Gelai off to the right and the Mountain of God “Oldoinyo Lengai” always in front.

Around midday we arrive at Camp on the banks of the Engaresero river, in the afternoon take a trek to the waterfalls hidden in the Western wall of the rift valley.

Enjoy the sunrise and the views up the Rift Valley as far as Kenya and therefore descent and drive to the camp for shower, and late breakfast follows with a total rest. You will have some small walking in the evening on your wish and thereafter retire to campsite for dinner and overnight

In the morning after breakfast you will have a walking around the Lake Natron with your local guide. Lake Natron one of the major flamingo breeding site in East Africa – en-route visit a Maasai “Boma” village. You will have time to interact with Maasai people and learn their culture and day to day activities.

After having the cultural tour you will be back to the campsite for hot lunch and preparation to drive back to Arusha or Moshi for dinner and overnight at the designated hotel or lodge. Depending with the itinerary you might be transferred to Kilimanjaro International Airport for your flight back home.